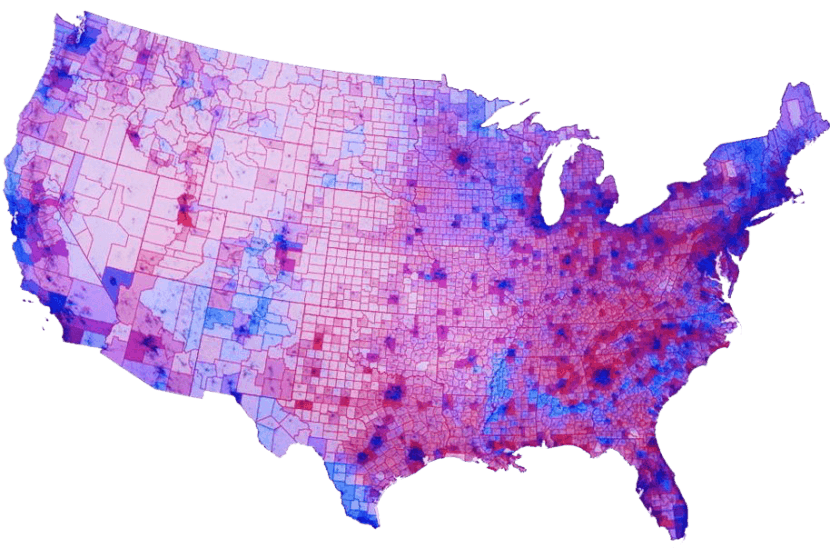 The 2016 US presidential election will be the biggest non-sports betting event ever. The candidates have the highest negatives of any pair in history, so the only way to make something good out of this circus is to win yourself some crypto!

The most popular political bet type is betting on the outcome of a vote; such as who will win a state or become president.

It is also common to apply a spread to the results; giving an underdog candidate a head start or applying a handicap to the favorite. For example will Hillary Clinton win the Presidency by more than 40 electoral college votes? This would be displayed at the sportsbook as

to indicate that 40 electoral college votes will be taken away from Hillary Clinton’s final total to decide the bet.

Other bets include picking the candidate’s Vice Presidential running mate and picking the outcome of supreme court rulings.

Their are 2 things to consider when choosing where to bet on the 2016 US presidential election;

Considering both those factors leads me to conclude the best place to bet on the 2016 US presidential election is Nitrogen (review).

The golden rule for successful political betting is never listen to media pundits. They are mostly party hacks and if not they are entertainers. TV producers often tell political pundits which side they need to argue for in a segment to make for better TV. News websites chose election articles based on what will get the most clicks, not what is the best analysis.

The best way to make profit betting on politics is to have information before the market does. A famous example of this was the bettor who scand private jets that were chartered to fly to Dayton, Ohio on the day that John Mccain was expected to announce his vice presidential running mate there.

The bettor noticed a private jet coming from Anchorage Alaska and promptly bet his bankroll on the underdog from Alaska, Sarah Palin, at very high odds!

If you don’t have information before the market just bet on the candidate with the biggest US flag lapel pin, they are bound to win because they love America more!

The main thing in favor of the Democrats is the United States’ changing demographics. The Republicans have long been the party of angry old middle class white people. There just aren’t enough of them anymore as the nation is diversifying with a growing % of non-whites and a growing lower income block. From 1960 to 2060 white Americans will have gone from making up 85% of the population to 43%.

Lower income voters and minorities disproportionately vote Democrat. The Republican party will not be able to win the presidency until they reform, reinvent and modernize themselves – or get a once in a lifetime candidate.

Republican voters were sick of politics as usual, including the establishment politicians in their own party. This propelled outsider candidates like Ben Carson and Carly Fiorina but Donald Trump took advantage of it the best and won the nomination, he could win it all.

Barring another public fainting episode the Democratic nominee will be Hillary Clinton. A goliath fund raising machine who has Bill Clinton and Barack Obama campaigning with her. Her campaign beats Trumps in terms of high level media and Washington connections. And she is running on the popular platform of becoming the first ever female President.

Going against Hillary is her own baggage. Including a voting history that opponents from either side can criticize, such as voting for the US war against Iraq and the Patriot Act. Young netizens and people who are turned off by politics find Hillary Clinton unlikable and untrustworthy.

The issues that will decide the election

Likability, trustworthiness, speaking style and looks are more important in deciding a US Presidential election than policies or capability to run the nation. As far as issues go it is the same noise as usual; the economy, jobs, security, spending and tax promises that will never be met.

Immigration and trade are more prominent this time around but the nation’s top politicians are still not ready to have a conversation about ending the prohibition on drugs.

Any rich old white man the Republicans put up should be beaten by the nation’s changing demographics. Trumps only chance is if a disaster, such as fainting in public, befalls Hillary.

If Hillary stays in the office for the next 8 years, by 2024 there will have been 2 families in the White house for 28 of the last 36 years. It seems after starting the global trend away from monarchy the US is turning back into 1!

Now go give yourself a reason to vote!