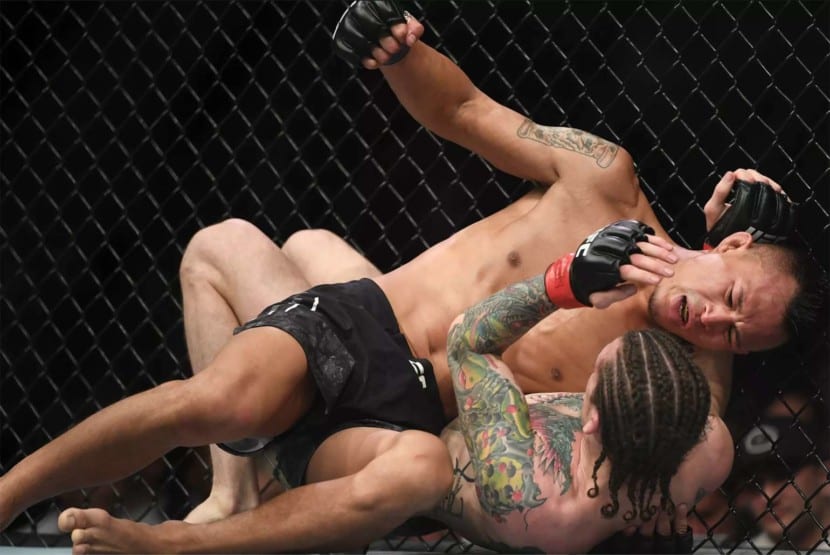 I bet 10 m฿ on every fight of the UFC 222 main card based on whichever fighter had the best walkout music. See the introductory post for details on the selection criteria and my results from other events.

Ketlen Vieira song: Brazilian power ballad with deep powerful driving vocals in Portuguese. I like it!
Cat Zingano song: No cut through, vaguely electronic and upbeat but no mood or atmosphere created.
Bet: Ketlen Vieira at odds of 1.45.
Verification: Selection tweeted before fight.
Profit/loss: +4.5 m฿.

Andrei Arlovski song: Johnny Cash – “God Gonna Cut You Down”. Great song by a great artist but a bad UFC record of only 6 wins and 12 losses, a 33% win rate.
Stefan Struve song: Heavy rock, not my thing.
Bet: Andrei Arlovski at odds of 2.6.
Verification: Selection tweeted before fight.
Profit/loss: +16 m฿.

Andre Soukhamthath song: Uptempo hip hop, good vibes, I like it.
Sean O’Malley song: Miley Cyrus – “Party In The USA (remix)”. Funky remix with soaring female vocals to break up male rapper. I like it, this one is close.
Bet: Sean O’Malley at odds of 1.651.
Verification: Selection tweeted before fight.
Profit/loss: +6.51 m฿.

Brian Ortega song: DMX – “X Gon’ Give It To Ya”. A modern classic by an artist with a great win record in the UFC.
Frankie Edgar song: Biggie Smalls, in 2018 it sounds okay.
Bet: Brian Ortega at odds of 2.338.
Verification: Selection tweeted before fight.
Profit/loss: +13.38 m฿.

Huge respect to Andrei Arlovski for staying in the fight game. At 39 year of age with a 27-15 record having already been UFC champion, I would have advised him to hang up the gloves. I would have been wrong.

Sean O’Malley was a revelation. His win had at all; action, excitement, toughness, suspense, bad luck and good luck.

No woman fighting today has a chance of beating Cyborg. She could be champ for another 5 years.