My strategy of martingaling underdogs and draws (betting that the favorite won’t win) has been successful. I started running them as 2 separate martingales and these were the results from the first 4 days of games (all figures in m฿, click on the number to see the full bet slip).

On the 5th day of games I predicted the favorites were going to win every game, so I paused the martingales (I tweeted this before the start of the day’s games to verify I am not leaving out losing bets). These were the results that day.

Sure enough, all 3 favorites won and I made an extra bet for Belgium to beat Panama which won me another 50 m฿.

I restarted martingaling underdogs and the draw the next day, but I combined them into 1 martingale where I was betting double chance on either the underdog or the draw to win 50 m฿. These were the results up to the end of matchday 1 (meaning all teams have played their first game).

So at the end of matchday 1 I am up 480 m฿ with another 150 m฿ left to reach my target of 630 m฿, which would mean I have covered all expenses for the trip. I detail how I plan to do that in the matchday 2 preview.

The city of Kazan

Kazan is a lovely clean city that combines modernity and tradition. It is pedestrian friendly and everything is cheap! It helps that I was there in the middle of summer, the daytime weather, with blue skys and a cool breeze, was perfect for walking around and relaxing.

I tried horse meat for the first time and it was delicious. It was dry cured and tasted like good Hungarian Salami. It had a bit of a salty tang but without any fat. It’s pictured below with the typical Russian meal of Olivier Salad.

I am aware that I got this positive impression of Russia having only seen the side of Kazan that the Russian authorities wanted me to see, pretty much just the areas around the airport, hotel and stadium. I am fine with that, I came here to watch and bet on the World Cup and have some fun, and that’s what I am doing. 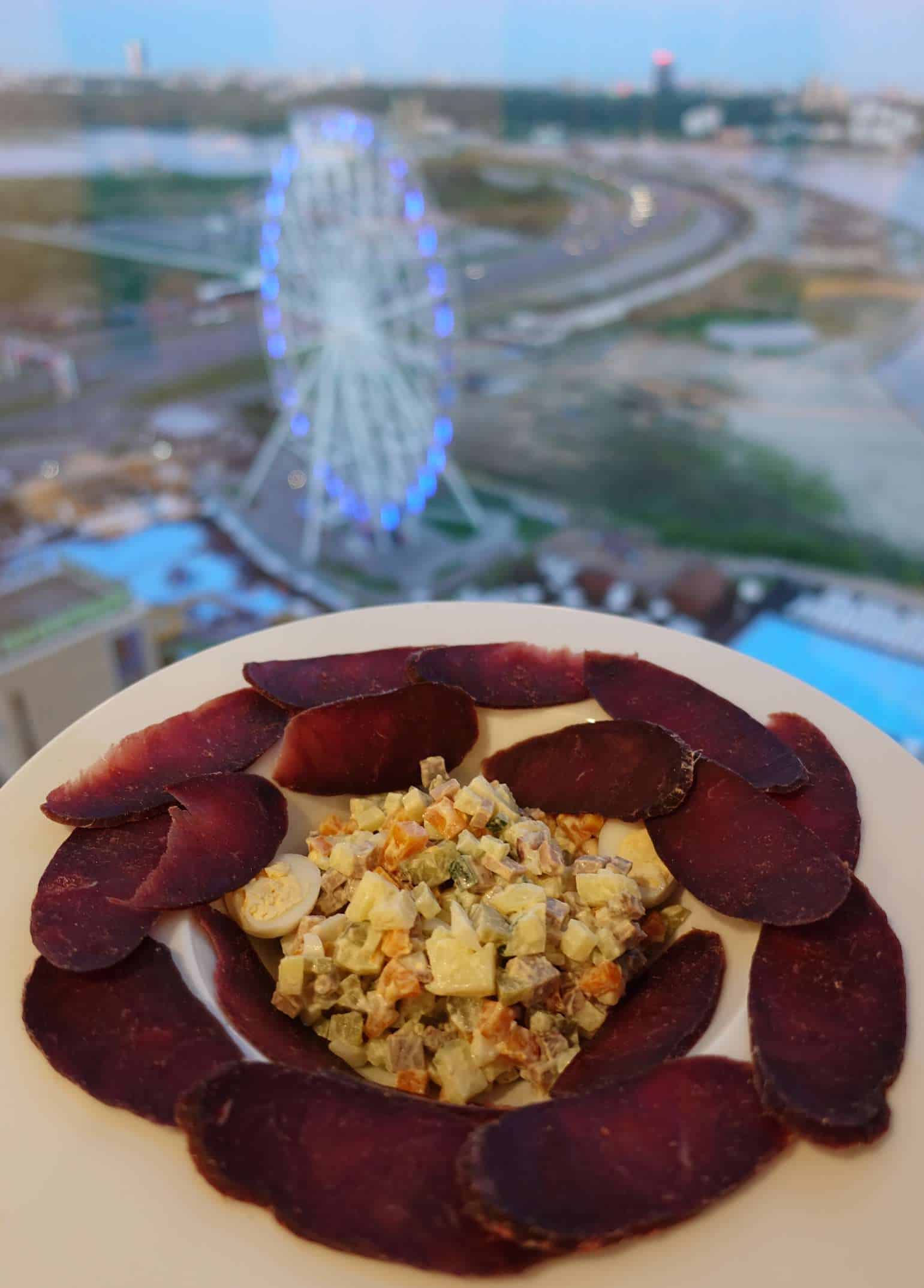 Kazan Arena is a great stadium for spectators, it was custom made for soccer and all seats are close to the pitch. There was a festival atmosphere with everyone in a good mood.

The Socceroos only took 4 shots with 1 on target. We were not unlucky like the Australian media are saying, when you play for a draw you often lose by a goal. France’s goals were both lucky but they gave themselves chances to get lucky by taking 13 shots with 5 on target.