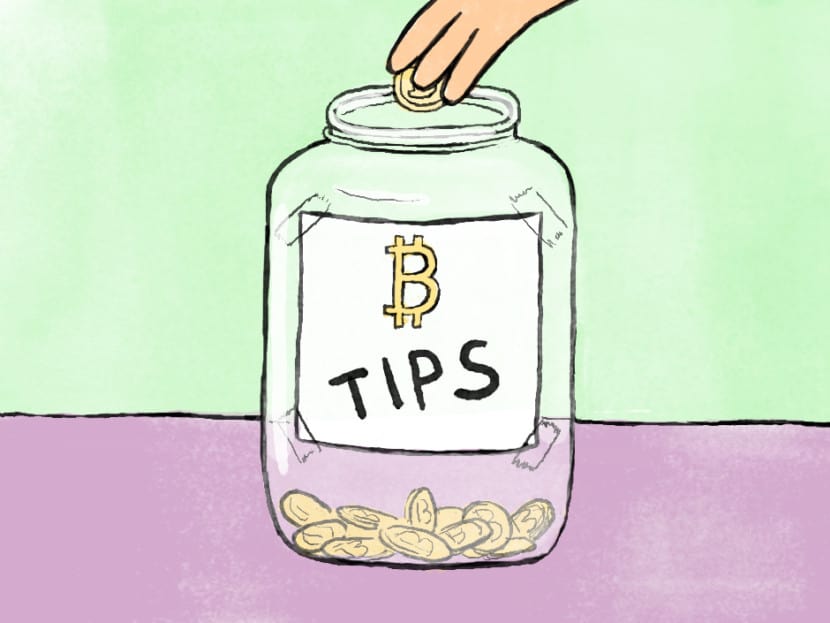 Directly tipping online content creators could be a powerful application for crypto. It would give websites a new income stream outside of the much hated display advertising and email marketing. It could also allow webmasters who have limited access to banking, and therefore find it hard to receive payments from traditional online marketing programs, to make a living from their websites.

I recently added the Coinbase tip button to every page on this site. I was happy with it, but when I shared on Reddit I was made aware of 2 other options that do the same thing better! All 3 crypto tipping buttons discussed here were quick and easy to install on the site and they all worked perfectly first time.

This button generated a lot of buzz when it was released. It made a lot of content creators look into the idea of bitcoin tipping buttons in general.

What I did not like about it is that you had to receive the tips to a Coinbase wallet and tippers were encouraged, though not required, to make the tip with their Coinbase account. It also prefiled the amount for the tipper to 0.3 m฿ and there is no easy way for the tipper to change that amount if tipping through Coinbase.

A better option, is Coin Widget. It’s discreet, simple, functional and wallet agnostic. We can receive tips to and from any address in any wallet. It’s free and open source so we can customize it however we like. It has none of the problems of the Coinbase or Change Tip buttons and we almost went with this option

The winner is TipMe button from ChangeTip

What’s nice about the TipMe button is that ChangeTip is the service I use to give and receive tips on Reddit, Twitter, Youtube et cetera, so it keeps all my tipping in the one place.

What’s not nice about TipMe is it’s also not wallet agnostic, it’s a centralized service from a for-profit company that will one day start charging. When you click it, it opens an unnecessarily large dialog box and it’s confusing if the tipper should enter the amount in bits such as 5000 or bitcoins such as 0.005.

They have a WordPress plugin but we are not using it because its functions are limited. In any case we have added the TipMe button to all pages and posts 🙂

Do you think we made the right choice? Have we missed any options? Honourable mention to Tipcoined as they have the best button and pop up interface of all. Unfortunately it requires more technical ability to install than the others.

It’s kind of sad that Coinbase has one of the worst options but has gotten the most attention and traction. This goes to show that marketing is as important, or more important, than the product itself. The first 2 pages of a google search results for “bitcoin tip button” are about 50% Coinbase related. Coin Widget does not even make an appearance!

Update – All is lost

This potentially important usecase was lost due to bitcoin core’s failure to scale. In 2016 bitcoin fees got so high (due to core artificially restricted block space) that it did not make sense to tip anyone with bitcoin.