In an interview with Vogue supermodel Derek Zoolander, from the hilarious 2001 hit comedy Zoolander, revealed that his new favorite look is called bitcoin! The look to rival the legendary “blue steel” has not yet been revealed as Derek explains starting at 6:03 of the below video. Here is a transcript

Vogue: What is your all time favorite look?

Vogue: Can we see bitcoin?

We can expect more crypto reference in the film; perhaps the gang will raise some bitcoins for the Derek Zoolander School for Kids Who Can’t Read Good and Want to Do Other Stuff Good Too.

Other gems from the Vogue interview include

Vogue: Do you take the subway?

Zoolander: Hardly ever. Sandwiches are a gateway to cake.

Vogue: How would you describe your relationship with model rival Hansel?

Vogue: Who would you most like to have lunch with, living or dead? 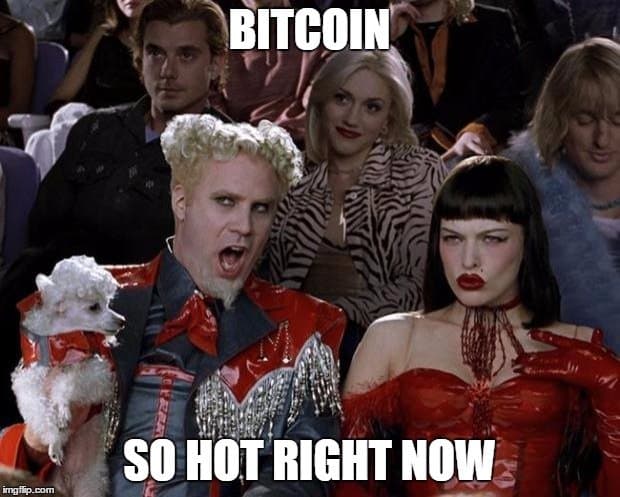