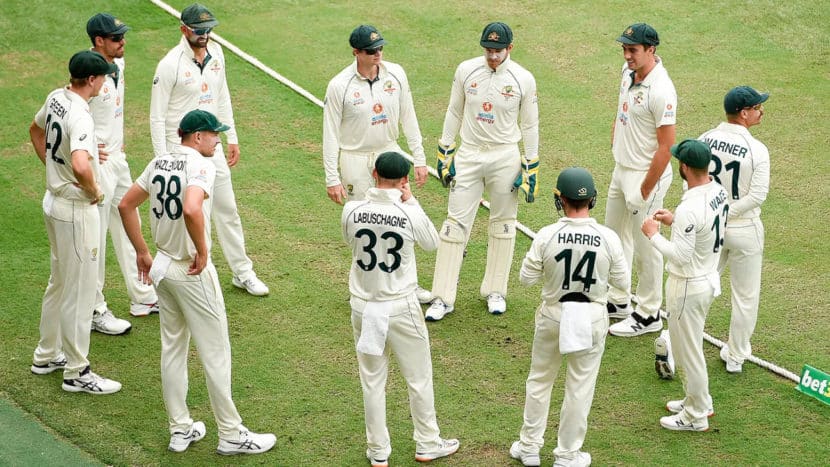 At the end of the 3rd test in the recent Australia vs India series the Umpire told Australian Captain Tim Paine that there was time for one more over.

India were trying to hold on for a draw, Australia had been trying to win the test by blowing them out. India had 5 wickets in hand.

Australia had one more over to try to take an unbeatable 2-1 lead in a home test series against the world number one and fierce rival, India. The Australian Test Cricket Captain responded by saying “Do we have to bowl it?” The umpire was not sure he had understood, Paine repeated “Do we have to bowl it?”. This video shows the incident (sound on).

Yes you do have to bowl it Tim, and you have to try to win the test! That’s your responsibility as a professional sportsman. You must never give up, to not even try is bloody un-Australian!

Imagine if Steve Waugh and Shane Warne were in the same position 20 years ago. Not only would they have wanted to bowl the last over, they would have given 100% effort and backed themselves to win! That is the mentality of champions.

Another team that would have gone for the win is this current Indian team. They have such a great character and determination. The lazy Aussies make for an embarrassing contrast.

Did these thoughts even enter Tim Paine’s head? It does not seem like it, it seems like he just could not be bothered playing anymore. The opposition had crushed his will to win. Of course India would win the next test and the series – the Australian captain had already given up.

There has never been a 5 wicket over in test match cricket. However 4 wicket overs have happened 7 times and there have been a handful of 5 wicket overs in other forms of international and first class cricket.

Australian sport, and to some extent Australia’s national identity, is defined by moments like Kieren Perkins’ Gold medal after qualifying last for the 1500 freestyle in Atlanta 1996. Or Lleyton Hewitt’s comebacks from 2 sets down in marathon 5 setters against players who are more naturally and physically gifted than he is.

Our champions set the bar, not by the results they get but by their attitude and fighting spirit, that is where the current Australian Cricket team fails our nation.

Alan Border, and Ricky Ponting got bad results as captains but goddamnit they tried their best! They gave it their all because they had pride in what it means to put on the baggy green cap and play in a test match for Australia. The current team has no such passion. They are spoiled, selfish, social media loving, reality TV stars.

So we should not watch, or at least not care about this team right? But we cannot help but watch and to care, because we love cricket.

India was so heroic after the 1st test that by the end of the final test my brain had decided to support them; they deserved it and I tried. I told myself I was going for India who were batting on the last day with the series in the balance. But it was no good, when a half chance went up in the air or there was an appeal, my heart automatically wanted it to go Australia’s way, I can’t help it.

“Do we have to bowl it” crystallizes the Australian Cricket Team’s lack of grit and lack of respect. My generation of Australian sports fans were taught to expect better. Can the Wallabies and the Socceroos step up and deliver in a year where we need something positive to rally around?