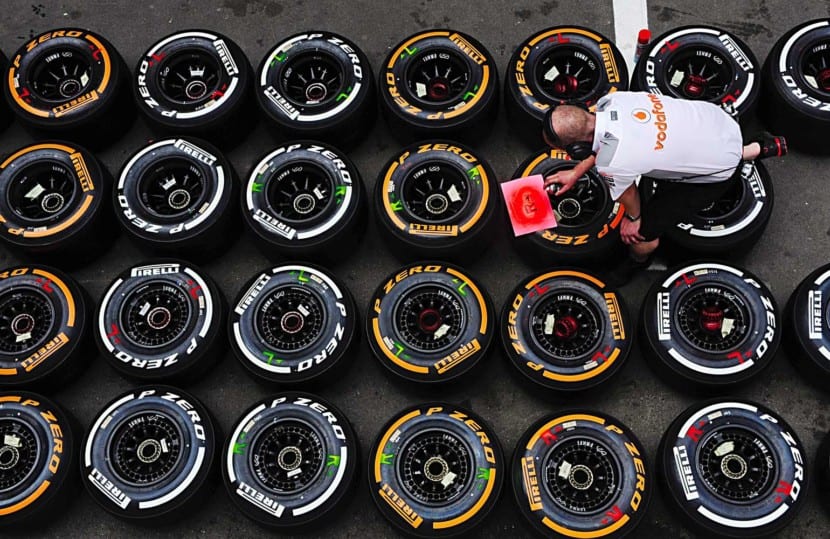 F1 is supposed to be about fast cars and fast drivers racing each other. It is now sadly reduced to a travesty of tyre management. The control-freak autocrats who run the sport have created thousands of pages of strict regulations which don’t allow teams to innovate.

This causes near identical cars that go at near identical speeds which creates boring follow the leader racing. F1’s solution to this is to make them use bad tyres to “make for exciting racing”.

The International Automobile Federation (FIA) say the regulations are necessary to keep the team’s development costs’ down. If it was a free for all then real car companies like Ferrari and Mercedes would spend millions of dollars finding ways to make their cars go faster while smaller teams could not afford to compete.

They also worry a team would make a big breakthrough development and then win every race easily, making for boring racing.

So everything is exactly prescribed; car dimensions,  weight, drive train and steering set up,engine capacity, layout and revs, et cetera. Then even when a manufacturer does innovate within the regulations the FIA usually ban that to!

For example a couple of teams made some innovations called active exhaust. Active exhaust saw the engine’s exhaust directed onto spoilers to create downforce instead of just going into open air. What a cracking good idea! FIA insta-banned it because it would be too expensive for the small teams to implement.

The negative effect of over regulations

Rather than car speed or driver speed; tyre management is the defining characteristic of the race

After the FIA made it basically illegal for manufacturers to make faster cars they needed a way for cars to have different speeds at different times so there would be overtaking. The way they did this is with the absurd and anti-racing tyre regulations.

Drivers have to use the wrong tyres and can only use a limited number of tyres even when they go bad, which they are specially designed to do!

Commentators estimate that F1 drivers go as fast as possible for only about 10% of the race. The other 90% of the race they are just managing the tyres!

I just watched the 2019 Azerbaijan Grand Prix and counted how many times the commentators referred to the tyres,

F1 regulations also stipulate teams can only test their cars for a certain amount of time and distance per year. Again to save money for the  smaller teams.

Big manufacturers like Toyota, Ford, BMW and VW group would love to be in F1 if they could develop technology for the race track that can cross over to their real world cars. In fact that would benefit everyone. But that would require spending time, money and innovating, all of which F1 regulations prohibit.

Instead of interesting cars used to showcase each manufacture’s genius and sell their cars we get near identical cars used to sell energy drinks, airlines and fashion accessories.

The only F1 regulations should be

Now go as fast as you can! Then we would have the great manufacturers back and real racing in F1! All the regulations above already exist so reforming F1 to a competitive rule set would only require removing unnecessary rules.

Open source the cars at the end of every season

How do we stop the costs getting out of control and stop one team making a breakthrough that sees it win every race by 3 laps? Open source the car designs and specifications so they are public knowledge.

It’s not the cost of physically building new innovations that costs a lot, it’s the research, development and testing. This would solve that problem.

You might think this would make all the cars identical and remove the incentive to innovate because any advantage would be copied. Not so, teams would have the whole offseason and season to innovate before having to share their designs.

Also many speed advantages come from the adjustment of adjustable elements. For example, the specifications the teams would make public would say the front wing angle is adjustable from x degrees to y degrees, not what actual angle they use in any race.

Each team would also still have to work out optimal brake and tyre temperatures and so many other variables that work together. Good innovation with new designs, such as active exhaust, would still be well rewarded with race wins.

Imagine how much this open sharing and collaboration with a strong element of competition would advance technologies. It would improve all vehicles and eventually benefit society as a whole, with better transportation.

For example, F1 would be at the cutting edge of electric motors and energy recovery. Energy recovery is where heat energy from the brakes, engine, and exhausts is put back into powering the engine again. Such technologies have clear uses in everyday transportation, including public transportation, which would benefit everyone.

We can add excitement by putting some skin in the game and making some money. The best places to bet on Formula 1 are Nitrogen (review), BetBTC (review). They have the best websites and you can bet live in-play, which mostly involves predicting how the pit stops will play out.