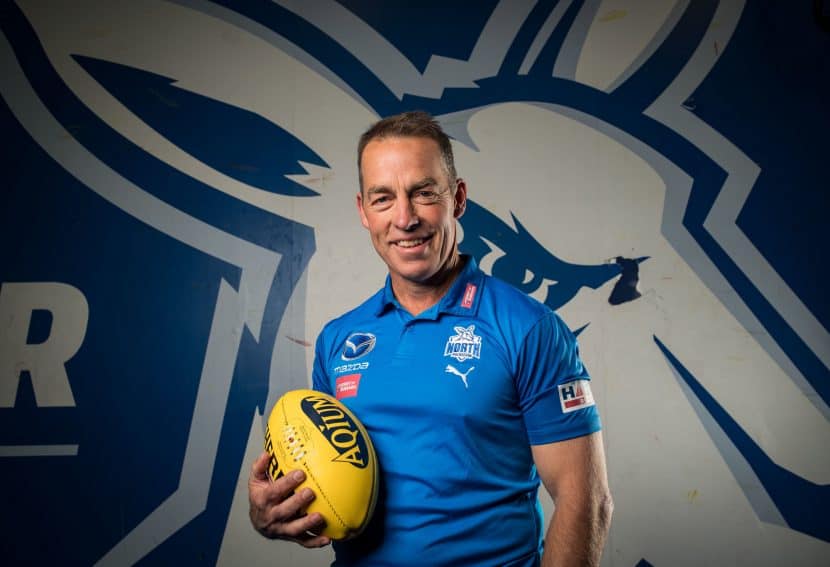 12 AFL coaches have won 4 flags; only 4 of those have gone on to win a 5th. The last to do it was Norm Smith with Melbourne in the early 60s. Here are all the coaches who have won 3, 4 and 5 flags in time order.

4 is the magic number

Perhaps having won 3 flags they get more license to pick what club they want to coach and they get to stay in the job for longer, giving them a good chance for a 4th. While that should also apply to 4 time winners going for their 5th flag, by that time age is catching up with them. Although the average age of an AFL coach when he wins his 4th premiership is only 47, that used to be considered old and is still older than the average AFL coach.

Whatever the reason, the 4th flag to the 5th flag is the hardest chasm to cross with only 25% of 4 time winners getting a 5th.

The most striking differences between the 4 flag group and the 5 flag group is that they fall almost perfectly into 2 separate eras. Up until 1964, 4 out of 5 coaches who won 4 flags won a 5th. That’s 80%! The only exception was Dick Reynolds (4) who never really coached! He won all 4 of his flags as a player/coach.

Since 1964, 0 out of 7 coaches who won 4 flags have won a 5th. And the reasons for that ensures that no one will again. So what is the reason? What has changed about the VFL from the 60s to the AFL now that would make it harder for a coach to stack trophies? Here were my first 2 theories.

❌ Wrong. Loyalty is the same between the 4 flag group and the 5 flag group. In both cases half of them won their flags with a single club and half of them with 2 clubs. Also note that the longest coaching career ever was Mick Malthouse (3) in 2015, so there goes that theory.

❌ Wrong. Jack Worrall (5), Checker Hughes (5) and Norm Smith (6) were not not player/coaches for any of their premierships. From the 5 flags group only Jock McHale (8) was player/coach for 1 of his 8 flags. Even if we took that away he would still be in the 5 flags group.

There are twice as many clubs now as there were then, and that means twice as many coaches which means it’s twice as hard for any one coach to win a premiership. The AFL started as the VFL in 1897 with 8 clubs. There are now 18.

At the same time as expansion, the AFL’s equalization efforts have increased and become more effective. This and greater player movment means a coach can’t build dynastic super teams and dominate the competition for a decade like all of the 5 flag group did.

All these forces – greater expansion, equalization and player movements – will continue into the future and that is why no coach will ever win 5 premierships again. If it was possible one of the 4 flags group would have done it over the last 60 years.

So how is anyone going to win 5?

Can Clarko win a 5th flag?

Alistair Clarkson is the only member of the 4 flags group coaching today. At 54 years of age he ruined his chance for a 5th cup when he took the job at one of the worst teams in the history of the AFL who’s last 3 finishes were 2nd last, last and last.