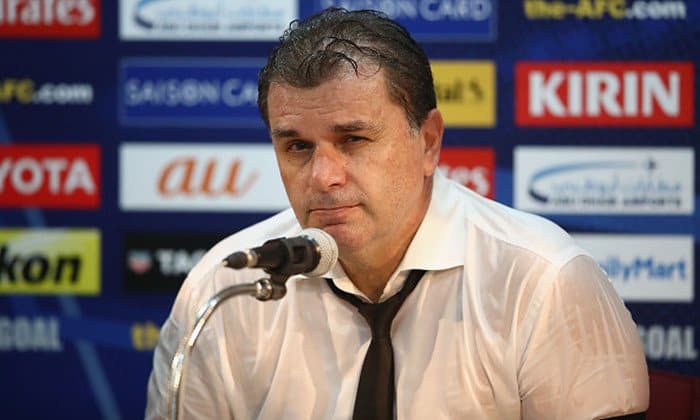 We are currently in the most nervous and exciting week for Australian soccer since we won the last Asian Cup in 2015. Australia (ranked 45) is 3rd in our World Cup qualification group with 2 games left to play.

The top 2 finishers in the group qualify directly to the World Cup. The 3rd place finisher has to go through 2 rounds of home and away knockout qualification against the 3rd placed team from the other Asian group (most likely Uzbekistan, ranked 64), and then the 4th placed finisher from North American qualifying (most likely Panama, ranked 61).

Australia plays away to Japan (ranked 44) on the 31st of August, then home against Thailand (ranked 130) on the 5th of September.

There is no realistic chance of the Socceroos finishing bellow 3rd place in the group, so there are 2 possible scenarios;

Most of the Australian football family is hoping for direct qualification. However some of us think it would be better to go through knockout qualifications, and it’s easy to see why… if we win.

Why we are better off going through knockout qualifications

Nothing would better prepare the team for success in Russia than these 4 games.

For decades, the main problem for the Socceroos was not getting enough competitive games in the Oceania confederation, and therefore not being ready when we did have to play top teams in games that mattered.

Now we have the chance to go into a World Cup having played;

Entertainment value and the glory of winning

World Cup knockout qualifiers are the most important, exciting and entertaining international games outside of major tournaments. Given I am extremely confident the Socceroos would win through against Uzbekistan and Panama this would be like a kid having 4 Christmas days in 2 months.

We all remember the glory of beating Uruguay in knockout qualification for the 2006 World Cup, we would get that again…if we win.

I am making 2 important and reasonable assumptions;

But what if it’s South Korea and the USA!?

If you agree with the above, that getting to Russia 2018 through knockout qualifiers would be good, then winning through against South Korea (ranked 49) and the USA (ranked 26) would be the best case scenario. Even so, the thought terrifies me and the risk of failure is too high, so no thanks.

However I am not worried about this because it’s not going to happen. Yes the Stars And Stripes are only 1 point ahead of Panama in their qualifying group but that’s because they had a bad start and fired their coach. Since then they have had great performances and results and their remaining matches are the easiest of the campaign.

Finishing 3rd in our group is a high risk, high reward proposition. I consider the rewards great and the reason I think the risk is acceptable is because I am sure we would win through against Uzbekistan and Panama.

I believe in Ange’s philosophy and plan. The boys are gelling better than ever since the Confederations Cup, so much so that I expect them to make this a moot point by finishing in the top 2 and qualifying directly. But if they don’t I will be excitedly packing my bags for a trip to Tashkent and then Panama City!

Update after qualifying via playoffs

The teams we played turned out different than I expected, Syria and Honduras. Other than that I was spot on. We won through 4 high stakes, high quality games and went to the World Cup as one of the best prepared teams. It was also a joy to follow the Socceroos overseas and in Sydney.