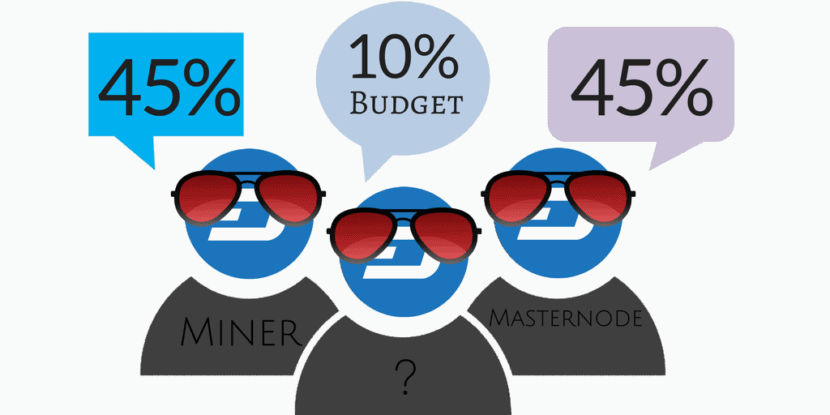 If the 1st market trades at a higher price than the 2nd market it would be an indication that masternode operators should vote to fund the proposal, because it will result in a higher Dash value.

Decision markets are perfect for the dash treasury

Dash masternode operators have to decide whether or not to fund dozens of proposals every month based on very little objective information. Votes are usually cast according to subjective opinion and guesswork with almost no real data or expertise.

Decision markets can provide an accurate forecast of the effects of funding, or not funding, a proposal. They can leverage the wisdom of the crowd to recommend how masternode operators should vote based on what they care about the most.

The dash treasury is perfect for decision markets

The dash treasury system is the perfect environment for decision markets to be effective. The structure of proposals, voting and funding provide a ready-made framework to make decisions markets on.

The dash treasury system meets all requirements for decision markets to be successful including:

Decision markets need a clear if-statement that results unambiguously to true or false. The source for determining the result should be defined when the market is created.

For our dash governance decision markets, I suggest “If [proposal name and id] is funded…” with the source being dash APIs.

The value of 1 dash

To shield the market from distortions unrelated to dash this would refer to a trade-weighted effective exchange rate index of currencies and commodities.

To make “node count” harder to game it would refer to something like a 30-day moving average of the node count, or the number of nodes which have had 95% uptime for the last 30 days.

You could make unique decision markets for certain proposals. For a proposal that promises to make a dash debit card available 6 months after funding, we could have a decision market like

making decision markets like these would add to the workload of running the service because each proposal would have to be individually considered, but it would be worth it.

To be successful the decision markets need to be:

Development and maintenance of the platform can be funded by the dash treasury system!

There are 2 main models that could be used to create the platform; a centralized account-based website or a decentralized platform. An implementation could use elements from both and accountless trading could be a compromise.

A website that gathers data from dash APIs to generate decision markets for each proposal. Users sign up anonymously, deposit dash into their accounts and trade on the markets. Much like a betting site or an exchange.

The advantages of this approach are:

Disadvantages of this approach are:

Run the markets through a website as described above but make the trading accountless, with all trades and payouts as Dash transactions. This is similar to how the original Satoshi Dice and DirectBet offered accountless betting.

The anonymous trader would:

This reduces the trust required in the site but it does not eliminate it. The increased complexity makes the platform harder to develop and use.

Projects like Augur with Ethereum smart contracts and Bitcoin Hivemind with drive chains are very close to offering decentralized cryptocurrency prediction markets. Their code is open source and maybe a team of wizard cryptographers and software engineers could pull this off.

Some features that could ensure the decision markets are traded on and therefore relevant include:

Integration into other platforms

The most bullish decision market believers, who realize how clueless masternode owners are about what they vote on, might advocate a Futarchy governance model where the prediction markets recommendations are automatically implemented on the network.

This should not be attempted. First, we need these decision markets running well with a lot of liquidity. Once their recommendations prove to be good over time they will be more and more used and relied on by masternode operators voting on proposals.

A powerful step would be for the dash qt wallet and dash central masternode voting service to give its users the option to automatically vote in accordance with the decision markets recommendation. If this was a popular option it would be the deciding factor on proposals being funded or not. This would achieve Futarchy without compulsion.

These decision markets would need real trading by real dash users to be accurate and useful. Dash is such as small ecosystem that it would be challenging to attract enough liquidity.

There are only technical challenges to doing this as a decentralized platform. Doing it through a centralized account-based website would be relatively straightforward, but that would make it more challenging legally.

This could be considered real money trading by authorities. This could mean licensing, know your customer (KYC) and anti-money laundering (AML) procedures may be legally required. Their absence could result in legal action and shutdowns.

Licensing, AML and KYC compliance would be very difficult and any effort in that direction would reduce the accuracy of the decision markets, reduce liquidity, increase the risk of censorship and increase the risk of data and funds lost due to hacking. It would make the idea a non-starter for a lot of people including myself.

The platform could minimize the risk of law enforcement action by being run anonymously, never touching government currency and never hosting decision markets on anything other than the effect of dash treasury proposals. These measures would make this service less offensive to law enforcement.