World Cup knockout qualifiers are the most exciting period of the football calendar outside of the World Cup itself. In a way, I was glad Australia finished 3rd in our Asian qualifying group meaning we have to go through 2 rounds of playoffs to make it to Russia 2018.

I was relieved we got the 2nd leg home advantage. The accepted idea is that in the 2nd leg you know exactly what result you need and you have a greater chance of determining the result at home than you would away.

European club home and away ties

I wanted facts and found a lot of resources, including peer-reviewed academic research, about the same question in regard to the UEFA Champions League 2-leg ties (and the previous versions of the same competition).

Overall studies and results show there is no advantage to playing the 2nd leg at home. One older study disagrees and suggests that since the 1950s the 2nd leg home team wins an adjusted 53% of ties. However, they find this advantage has become nonexistent in the last 20 years. 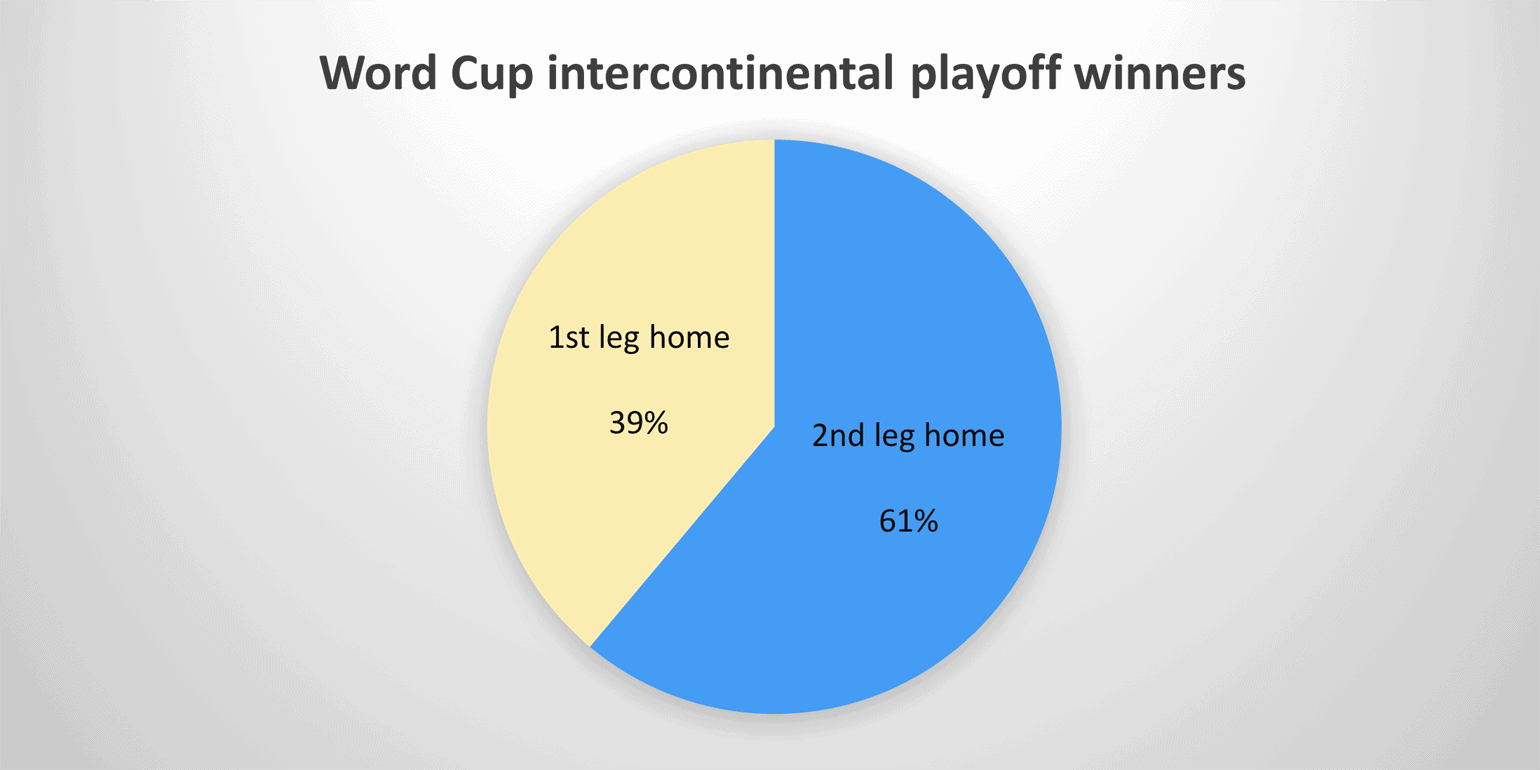 That’s all well and good for European club football which often includes ties between teams from the same country. However, home advantage is more pronounced in intercontinental playoffs because the climatic differences, cultural differences and travel times are so much greater.

It’s a small sample size but it’s all there is. The recent trend is strong with 6 of the last 7 2nd leg home teams qualifying.

*Chile won this tie in a walkover. We do not award the 2nd leg home a point in this case.