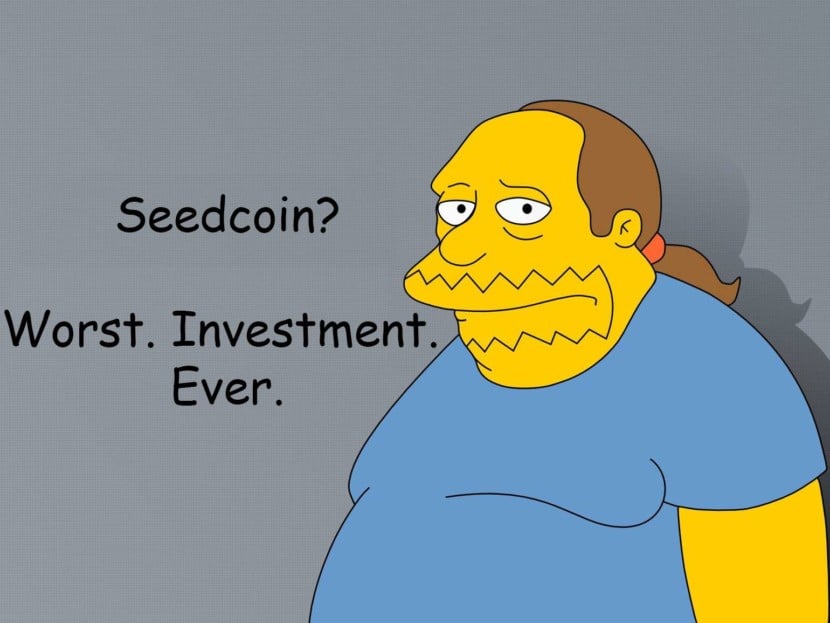 Seedcoin messed up, GoCoin is gone

GoCoin has decided not to accept Seedcoin Fund I (SFI) investment despite Seedcoin having advertised and sold the fund as having GoCoin in it. This is a failure of Seedcoin management and a shafting of investors.

A week after becoming aware of this, Seedcoin has still not communicated it to investors and GoCoin is still listed on SFI Havelock Investment pages.

Seedcoin sold this fund to investors as if agreements with startup were already in place. In fact agreements were not in place and not sufficiently advanced even by the time the IPO was closed, 4 weeks after opening.

This put the startups at a huge advantage in negotiations as they could simply refuse the investment if the terms were not heavily in their favor. Seedcoin was in a weak negotiating position because not getting a deal would be a major problem for Seedcoin’s value per unit and reputation.

The unpreparedness of Seedcoin to close these deals also saw most of the startups rise in value after the SFI IPO was closed, but before the investments in startups had been made. As such none of these gains were realised by SFI investors even though they had already bought units.

One such case is GoCoin who had great success and raised $1.5M of series A funding while Seedcoin was bumbling thought the agreements that should have already been in place. Not only did SFI investors not enjoy any of these gains or get to share in any of the new $1.5M in equity, they will not enjoy any future success of GoCoin as GoCoin will not be part of SFI, despite what was promised to investors when they bought units.

Closing deals with 7 companies simultaneously in a legally uncertain environment with multiple jurisdiction risks and the fluctuating value of bitcoin must have had many complications and therefore taken a lot of time and effort to complete. But this was 100% predictable and foreseeable. The deals should have been complete before the IPO was filled.

This information has not been released by Seedcoin, and even knowing it now investors are still unaware what % stake they have in the startups. This means if one is bought out or makes profit we do not know what payout we are entitled to.

The fate of Seedcoin and SFI investors now depends on what is done with the remaining ฿380. I see 3 possible options that could also be done in combination with each other.

Replace GoCoin with another startup and invest ฿380 in it. Or 2 startups at ฿190 each. Seedcoin already has great startups waiting in the wings for Seedcoin fund II.

Redistribute the ฿380 back to investors. This is 19% of the IPO so would be a payment of 0.19 m฿ per unit. This would allow investors to get part of their investment back in line with IPO price which is 30% higher than current value.

Make further investments in the other 6 startups.

Seedcoin has failed miserably at communication and investor relations. Only providing irregular, vague and incomplete updates. This shows a lack of understanding of the marketplace.

SFI is down 30% in 3 months. The 1 listed company that has been successful (GoCoin) was never included due to Seedcoin’s bumbling and there is no chance of dividends for at least a year.

Yet I am not selling. I have met personally with 1 of the startup founders and spoken to 3 others by video conference and messaging as I have done with the founder of Seedcoin itself. It appears to me this debacle is a result of honest mistakes in an environment where we are all learning. I do not doubt the integrity of Seedcoin or Havelock Investments.

Seedcoin have exhausted the 11% of SFI that was set aside of administering the fund and are now doing so out of their own pockets.

We all knew this was an uncertain and high risk investment to begin with and the ability for anyone in the world to invest in something that is usually restricted to a closed investor class with high barriers to entry is still wonderful. It seems, so far, Seedcoin is yet another case of good idea, bad execution.

Disclosure: I became aware of the GoCoin news 4 days ago, 3 days after Seedcoin did. I instantly brought these questions up with Seedcoin and they assured me they would inform the market within a few days. At the time of posting I own units in SFI and have never sold, I wish I never bought though.

Update: Collapse and buy back

Shares in Seedcoin fund 1 collapsed 85% from an IPO of 1 m฿ to 0.15 m฿. At which time Seedcoin Fund I ceased trading on Havelock and Seedcoin brought back the shares from holders with 2000 units who would provide their ID.

It was all a huge failure and debacle like Neo & Bee and most things on Havelock have been. More details may be found on the Bitcointalk Forum thread.

Update: 5 out of 6 startups failed