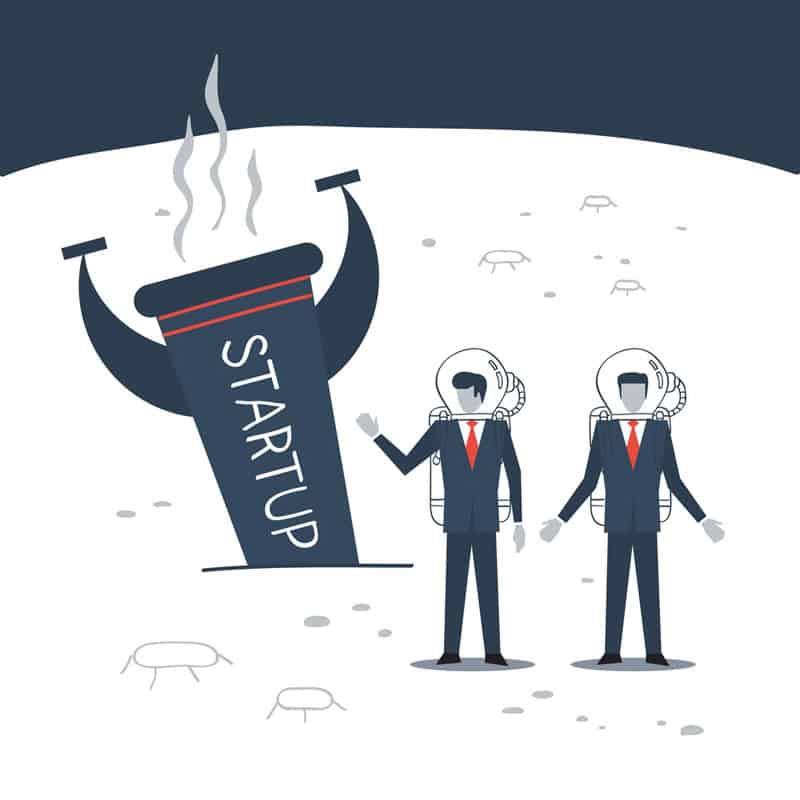 In a gold rush it’s the people selling pickaxes that get rich. In crypto the greatest profits are to be made by companies who solve problems for crypto users and add value with crypto services. These companies can increase in value and make profit regardless of the price of crypto.

There are almost no ways for average crypto users to invest in startups like venture capital funds can. However there is one interesting option; invest in Seedcoin (now renamed to Coinsilium) startup incubator funds.

Seedcoin is a Hong Kong based crypto startup incubator that selects, mentors and funds some of the best crypto related startups around. They raise funds by selling shares in initial public offerings (IPOs). These IPOs put several different startups in baskets that can be traded on Havelock Investments, a stock exchange for crypto related enterprises.

The main force behind Seedcoin is Eddy Travia. Eddy is a Frenchman from the Stanford Financial Engineering program who has worked in China for 8 years on private equity funds and mergers and acquisitions.

Crypto related startups apply to Seedcoin. Seedcoin selects the most promising applicants and puts them together in an investment fund. Members of the public by units in the fund with bitcoins on Havelock. These investors are then part owners of the startups.

When the initial public offering is complete the startups receive the funds investors have put in, and go about growing their business. Investors will receive dividends and proceeds from the profit or the sale of the companies if that eventuates. Investors can buy and sell units at any time at open market rates on Havelock, like shares on a stock exchange.

Seedcoin looks for companies that are building the infrastructure to make Crypto more usable by more people. Companies with scalable products and teams that can adapt to a changing landscape, even a change in what the dominant crypto currency is.

Eddy Travia explained to me via video conference that he likes companies that have exposure to US markets but that are not necessarily located in the US, due to excessive legal costs. The pic of the companies from Seedcoin fund I are

Mexico’s first and best bitcoin exchange who are about to announce Mexicans can buy bitcoins for cash at over 130,000 physical locations around Mexico including Oxxo, 7-11, Elektra, Sams Club and Walmart. They will expand to offer value added services for remittance from the USA to Mexico at very low fees.

Merchant service provider and payment processor based in Singapore that claim to offer a superior product to Bitpay and Coinbase by way of better integration and white label solutions. GoCoin is about to be announced as a payment processor for a Mayors re-election campaign in a major US city and a major retailer “you have heard of”.

Update: BTCsx changed their name to Magnr then stoped operating.

Beautiful and intuitive wallet on which you can buy and sell bitcoin and purchase products with bitcoin. Hive has a unique revenue model of in app merchant discovery, which means merchants and partners can be integrated into the app so users don’t buy thing through the hive wallet rather than on the merchants site.

In each case Seedcoin fund I is the only way the public can invest in these startups.

I have video conferenced with 3 of the founders of these startups and they are very interested in litecoin. They say their partners and customers often ask about it and they will add litecoin supports as soon as it is practical, which I estimate will be Q2 2014.

Crypto users know that the infrastructure and support services around crypto, particularly

Leaves a lot to be desired. Most of us do not have the funds or expertise to solve these problems, even though we recognize the benefit and profit in doing so.

With Seedcoin funds you can actively support the growing crypto ecosystem to help crypto realize its potential to benefit global society and reap some rewards yourself. Also you can profit in the crypto space regardless of the price of crypto going up or down.

Havelock is a centralization risk

Havelock is the only place to trade Seedcoin funds at the moment. Havelock is an excellent platform, licensed and regulated in Panama with low fees (no buying fee and 0.4% selling fee) and excellent security and reliability. However, they could be a single point of failure for investors if they

Many mainstream “safe” investments in the traditional financial sector share this same characteristic.

Seedcoin say even if the worst happened to Havelock, investors would still own the same % of the same great startups that would still be kicking ass with or without Havelock. Seedcoin could determine who owned how many units in the funds as Havelock send them twice daily ledgers.

Crypto technology will solve this problem by peer to peer decentralized proof based ledger exchanges, such as mastercoin, colored coins, angel shares and so on, but those are not ready and Havelock is.

No votes and unlikely dividends

Seedcoin investors can have a say and can expect Seedcoin to advocate in their interest, but they have no vote in the startups. Dividends are un-likely due to the fact that profits would be better used expanding the business. The way to profit from these funds is to hold them if they go up in value or to have one of the startups be bought out by a large company for a large sum or move to a series A venture capital round.

Even startups backed by good Ventur Capitalist have low success rates. The startups in seedcoin funds are very early stage and in a high risk industry, most will fail. Having said that only 1 or 2 of them succeeding would make it a good investment overall.

Sign up at Havelock with only an email and password, deposit bitcoins and place a buy order on the Seedcoin fund page.

Seedcoin will do 5 rounds of initial public offerings each with a different basket of startups. The units in each fund only relate to the startups in that particular fund. There is no need to worry if you miss the initial public offering as units are openly traded after that. Each fund raises 2000 bitcoins, roughly $2m. This is divided into 2m units of 1 m฿ each roughly $1.

I’m afraid I have come off a bit like a salesman but I honestly believe in what Seedcoin is doing for the crypto ecosystem and I am excited about the startups we can fund through it. I have no doubt more than one of them will be bought or go to series A, generating a nice return on your investment and helping non-government-money change the world for the better.

Disclosure: At the time of posting I own units in Seedcoin fund I. To the moon!!! ┗(°0°)┛

Update: collapse and buy back

After the most promising startup pulled out, shares in Seedcoin fund 1 collapsed 85% from an IPO of 1 m฿ to 0.15 m฿. At which time Seedcoin Fund I ceased trading on Havelock and Seedcoin brought back the shares from holders with at least 2000 units who would provide their ID.

It was all a huge failure and debacle like Neo & Bee and most things on Havelock have been. More details may be found on the Bitcointalk Forum thread.