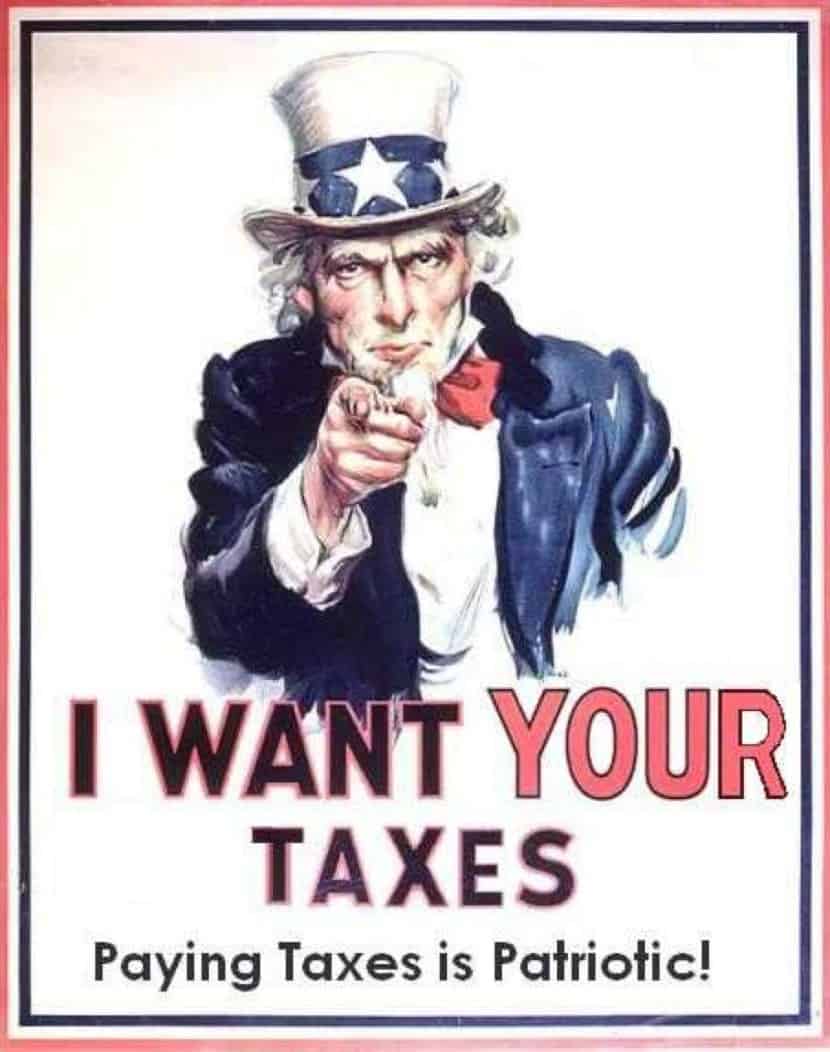 Government currency used to be backed by gold, now it is backed by being the monopoly currency of taxation.

Everyone has to pay taxes in government currency and that guarantees its demand, utility and value. If taxes did not exist or could be paid in any currency then people would be free to choose which currency they wanted to hold and do business in. They would choose the currency with the best attributes and characteristics such as

There would be competition to create the best possible currency and money like the US dollar as it is today, would not be used or valued.

If there were no taxes that had to be paid in US dollars there would be no guaranteed demand for US dollars and their value would free fall. This would leave the Federal Reserve, Treasury, banks and the government making valueless US dollars for themselves.

This would reduce their ability to pay for harmful government programs like wars and welfare. The government’s whole house of cards would collapse.

Why taxation is not replaced with money printing

When money was limited by the amount of precious materials in existence governments had to tax citizens to fund the programs they wanted to pay for.

Since the end of the gold standard governments and banks create as much of their own currency as they want to give to themselves. As such they could fund all their programs with no taxation, if not for the fact this would cause hyperinflation.

The standard explanation for why hyperinflation would occur is because of the increased supply of money. The more important reason is that stopping taxation would collapse the demand for, and therefor the value of, the government currency.

Why there are tax loopholes for the powerful

Governments implement taxation systems with loopholes allowing large corporations and the very powerful not to pay taxes. This severely affects the government’s ability to pay for programs. They could not allow this if paying for programs was the main reason for taxation.

They allow it because it does not change the fact that the vast majority of the population need government currency to pay taxes, which guarantees its value.

This gives the government and banks something valuable to make and give themselves. That is the main and hidden purpose of taxation today.