Because there is a bitcoin block every 10 minutes on average, I assumed if I made a transaction it would get 1 confirmation 5 minutes later on average.

It seems like reasonable common sense and logic that with an average block interval of 10 minutes, any random time will be on average 5 minutes until the next block. Here is why I was wrong and the real world bitcoin data to prove it.

If there was a new block exactly every 10 minutes, then the average interval between a random time and and the next block would be 5 minutes.

However in bitcoin the time between blocks is not regular. It varies greatly, from 0 minutes up to… well in practice the longest block interval is 1508 minutes (not counting block 0 to block 1).

In probability terminology this is because bitcoin block intervals follow a poisson distribution.

There is no need to take anyone’s word for it. I have proven that bitcoin blocks follow a poisson distribution and that on average the next block is 10 minutes away from any random time, such as the time you made your transaction.

Where A5 is the cell containing the datetime I want to convert.

The average is 9 minutes and 38 seconds. Exactly what the poisson distribution theory predicts! All of this can be seen, downloaded and played with on this google sheet (there are 2 tabs).

Of course this applies to other blockchains with variable block intervals. For example, litecoin and dash have 2.5 minute block intervals, so the average time from when you made your transaction until it gets 1 confirmation is 2.5 minutes. 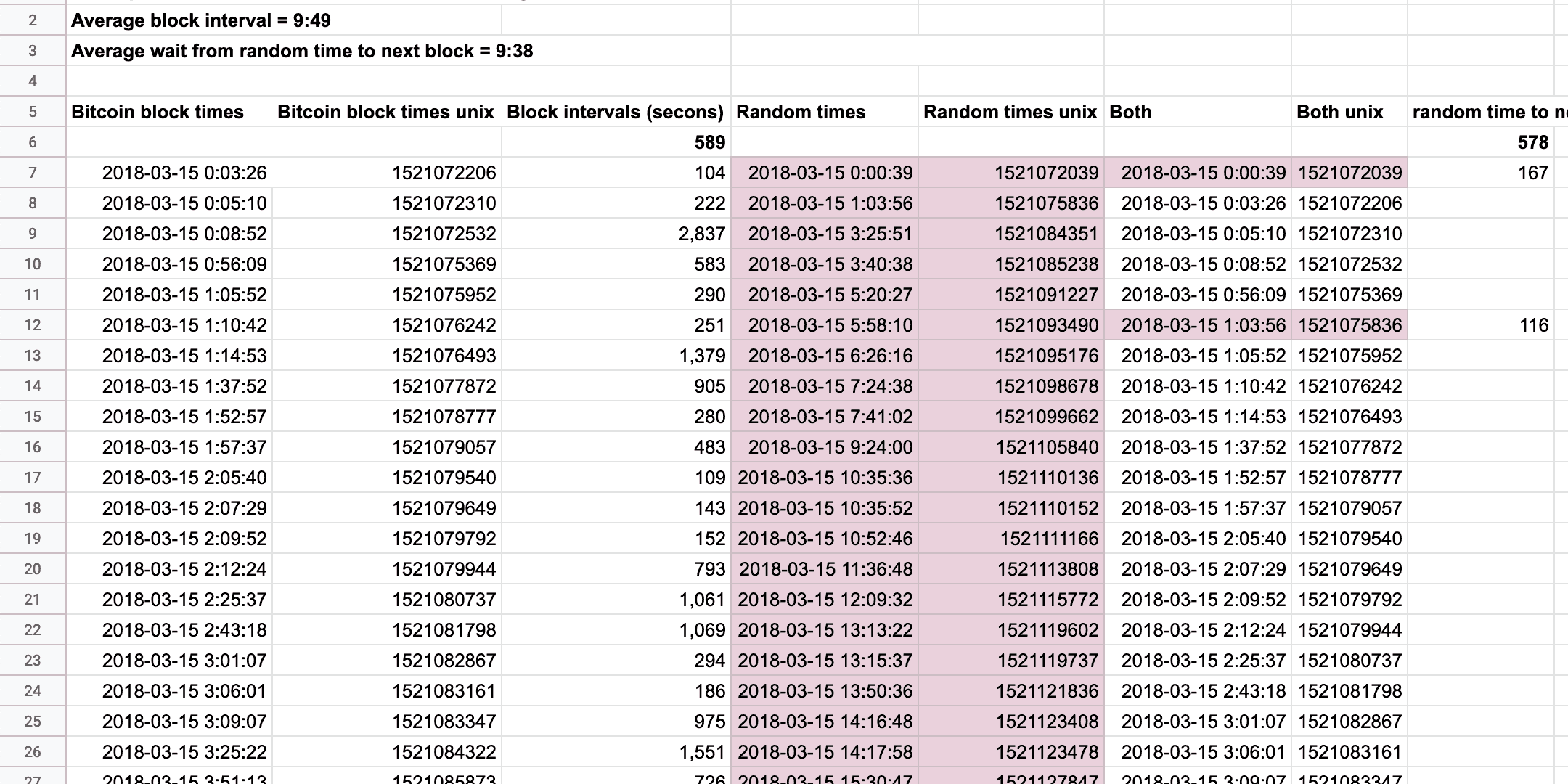 Bitcoin miners have to solve math problems to find blocks. The more computing power they have, the faster they will solve the problems and find new blocks.