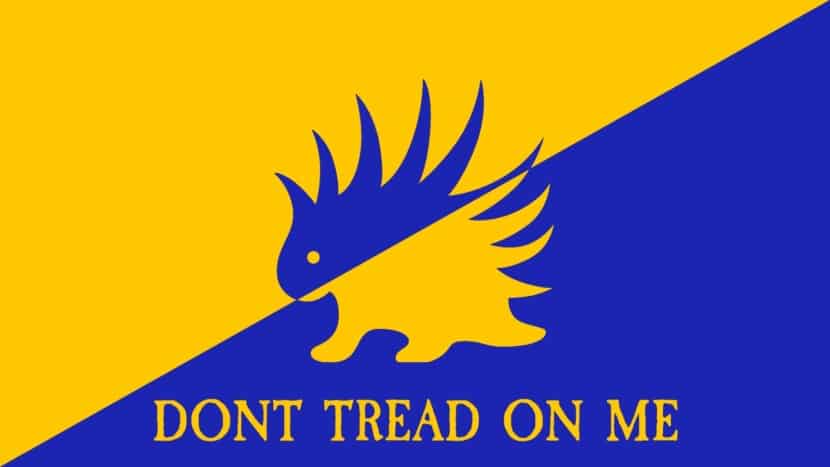 Libertarians are people who don’t want rulers and don’t want other people to have control over them or responsibility for them. They want to be independent and responsible for themselves.

They want to live and let live. Because of that they do not try to force their belief and way of life onto others.

They are a minority.

They want others to live like them. Because of that they try to force their belief and way of life onto others (most of them are not consciously aware of any of that).

They are a majority.

Liberty will not win that contest

In the above scenario, liberty with its minority of non-forceful people, will not win against collectivism with its majority of forceful people. Collectivism will win with large and expanding government, social “services”, welfare, taxation, restrictive laws, central planning, et cetera. That’s why we have all those things.

Most people want collectivism, not liberty

You may wonder if enough people could come around to libertarianism to make them a majority. This will not happen in our lifetime and probably never on a large scale over a long time.

Groups of people tend toward collectivism, this is proven by history and society as it is today. Most people who feel oppressed by tyrannical rulers do not want to have no rulers, they want to replace the tyrants with different rulers who are kinder to them.

Most people who are unhappy with how their government is using its power, do not seek to reduce the power of government, they seek to make the government use that power in a way they like.

Consider our greatest historical and contemporary symbols of freedom fighting against oppressive rulers.

Braveheart, William Wallace, “They may take our lives, but they will never take our freedom!” Scottish independence fighters did not fight for individual liberty, they fought to live under Scottish rulers rather than English rulers.

There are many psychological and evolutionary reasons why most people want collectivism not individual liberty. People don’t want full and sole responsibility for themselves, they don’t want to be one mistake or one stroke of bad luck away from falling into poverty with no safety net. That concern extends to other people they care about.

What they fear would in fact not be the case in a libertarian society. There would be charity, insurance, mutual aid groups, et cetera to prevent it. But people fear that it would be the case.

There are also moochers who like that a more collectivist society gives them a better chance to extract value from other people without providing value themselves.

This type of collectivism was better suited to the way people have been organized for the vast majority of human history; tribal groups of around 100 people who all know each-other. The same logic does not work as well when expanded to nation states made up of millions of otherwise disconnected people.

Anyway, a majority of people will not become libertarians. How else could a libertarian society come about?

Try to create a libertarian society

The way people on earth are currently organized this could only be done as a nation state with a government. Otherwise it would be prevented by the government of whatever nation state it was in.

Many libertarians do not believe nation states with governments should even exist! To create and maintain Liberland would be, in some ways, anti-libertarian.

Libertarians believe it’s fine if someone moves next-door to them who does not share their belief and way of life, no problem. But it would be an existential problem for Liberland. If most of your neighbours are non-libertarian, they will destroy Liberland and you will be back to a collectivist society.

Liberland may be an impossible contradiction because its creation and maintenance would require libertarians to force their belief and way of life onto others. For example, by not allowing some non-libertarians to live where they want to live.

Still most libertarians would be willing to compromise on this if Liberland was practically possible. It’s not, there is nowhere to put it. There is no unclaimed uninhabited territory and there is no nation state who will relinquish sovereignty to allow for Liberland.

So we have a situation where communist societies can start but not succeed while libertarian societies could succeeding, but can’t start.

Of all possible non-libertarian societies, a good meritocratic democracy with limited government and low taxes is probably as good as its going to get for libertarians.

Given a libertarian society is impossible for now, libertarians living in democracies may already be living in close to the best type of society practically possible.

The best chance libertarians have of improving their lives and the lives of those they care about is by trying to make their democracy more meritocratic with a more limited government and lower taxes.

The good news for libertarians

Societies are not binary 100% libertarian or 100% collectivist. Try to focus on and expand the more libertarian aspects of society as it is.

It makes no sense to be angry at non-libertarians who deny everyone liberty. There are reasons most people are like that, it’s not their fault, they are the normal ones.

The combined efforts of libertarians and non-libertarians to improve our rulers is part of what has lead to the most prosperous world with the highest quality of life that has ever existed; right here right now.

It’s perfectly possible to have a successful, prosperous and happy life as a frustrated libertarian in a good democracy.