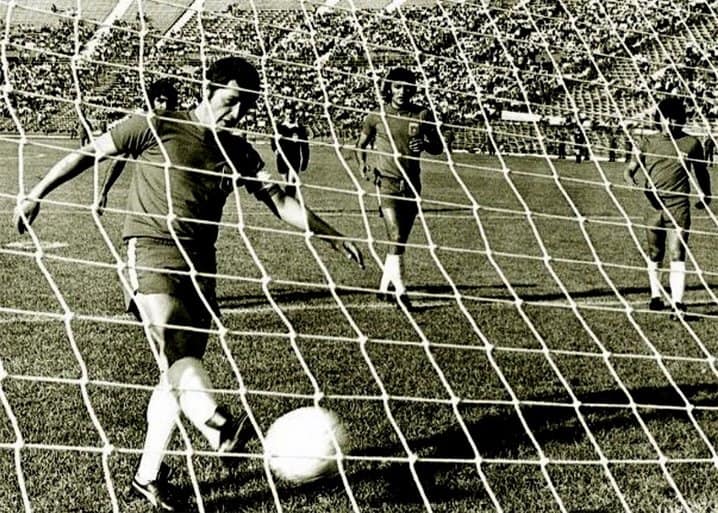 I recently researched 2nd-leg home advantage in World Cup intercontinental playoffs. In doing so I discovered some fascinating tidbits from what I consider the most exciting time on the football calendar outside the World Cup itself.

The biggest aggregate win was 9-2 for Hungary over Bolivia in qualifying for the 1978 tournament. Next is Mexico’s 9-3 thrashing of New Zealand to qualify for the 2014 World Cup. In both cases the losing team had 2nd-leg home advantage.

Africa boycotts the World Cup due to intercontinental playoffs

For England 1966, FIFA allocated a single spot to the winner of a 4-way playoff between the winners of 3 African groups and the winner of an Asian tournament. The African teams believed winning their group should have been enough to qualify.

When FIFA rejected this all 15 African teams that had entered, withdrew in protest. This resulted in North Korea qualifying and doing well in the tournament, including getting a win over Italy.

In 1973 rightwing (I mean rightwing politically, not like Arjen Robben) General Pinochet seized power in Chile through a violent coup-d’etat against a leftist government. Because of this the Soviet Union refused to travel to Chile for the 2nd-leg of their World Cup intercontinental playoff, after a 0-0 draw in the 1st-leg.

However the game was not cancelled. The Chilean 11 took to the field in full kit and formation, in front of 15,000 spectators, and played against nobody.

After the national anthems the referee watched Chile walk in a goal at the 30 second mark and blew the fulltime whistle. We don’t count this result in the 2nd-leg home advantage stats.