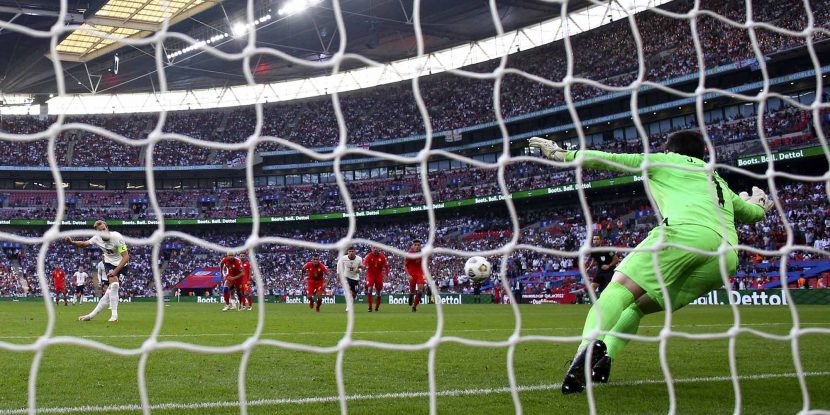 For all the 1st half betting markets, you’d be forgiven for thinking that the 1st half is when it all happens. In fact most of the action usually occurs in the 2nd half of soccer matches.

During the 2018 World Cup only 37% of the goals were scored in the 1st half. 1st Half betting is mainly concerned with scoring markets which makes it an interesting way to bet on the World Cup if you know what to look for.

For example the possibility of a draw is significantly higher in the 1st half of a match, whether it’s 0-0 or 1-1.

From the example below you’ll see the increased likelihood of a draw in the 1st half 1×2 bet compared to the 90 minute 1×2 bet.

With the draw-no-bet market, your stake will be pushed if the 1st half ends in a draw. A handicap with a +/- .5 also removes the possibility of a draw.

Live betting on the 2nd half affords you the luxury of analyzing data from a team’s 1st half performance to gauge what’s likely going to happen in the 2nd half of the match and the best bets going forward.

As such it makes more sense to focus on the 2nd half where more of the dramatic action takes place, leaving you with more opportunities to find value and turn a profit during specific betting windows.

The 2nd half also offers great pre-match betting opportunities in the form of:

When one analyzes historical data from World Cups pre-2018, it’s evident that most of the corner kicks were taken in the 1st and last 30 minutes of the matches.

To take advantage of this see our full article on corners betting at the World Cup.

In the 2018 World Cup the majority of the goals were scored during the following betting windows:

It’s important to note that 71% of the teams that scored the first goal during the 2018 World Cup went on to win. If you’re going to be betting on goals it’s imperative to do your research and to look at what the sportsbooks have to offer by comparing their 1st half vs 2nd half markets.

The correct score bet offers good value, while other bets such as the 1st goal in the 2nd half and exact goals also boast good odds.

Looking over the different aspects of world cup bets provides a good number of choices to pick from. However, when it comes to choosing the right one, that is all down to you. Your World Cup bets should be based on your own research and come under an area that you feel comfortable with. Our guide helps with the basics, but to really put a solid plan together, you need to collate your own up to date research.

Once you have this together, it’s time to start playing.