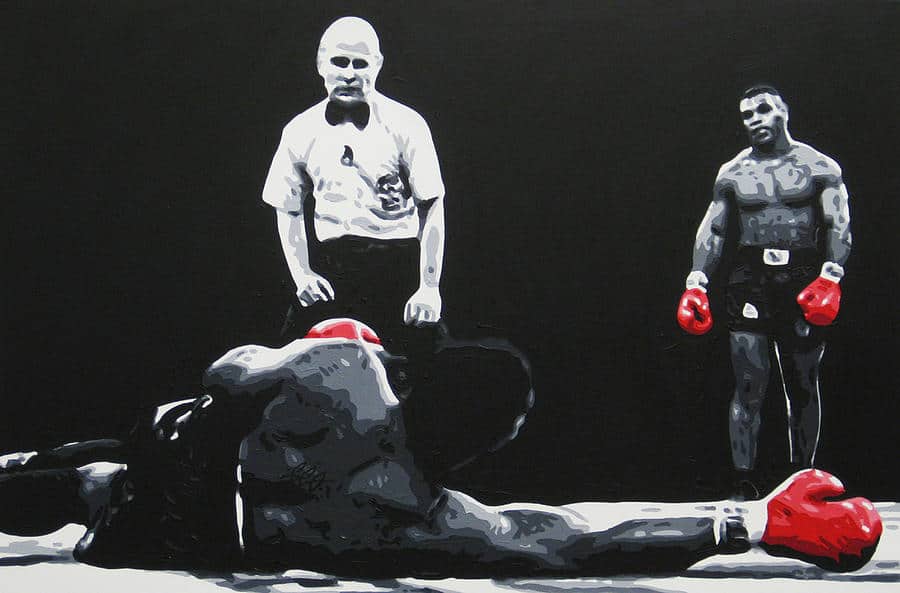 Who has the best boxing coverage?

Who has the best odds?

Who is the best allround sportsbook?

See our detailed written and video crypto sportsbook reviews for all the top options. Nitrogen (review), BetBTC (review) and Coinbet24 (review) are the best in that order.

To win the fight

This is the most popular boxing bet type. Be aware if the market includes the option to bet the draw or not. If the fight ends in a draw and you bet on a fighter in a market that;

Includes the draw as a betting option
Your bet loses

As such if the market does include the draw as a betting option it should give better odds on the fighters.

Here you bet which fighter will win and how. You can bet on

This can be an exciting bet for those who have a good feel for how different fighter’s strengths and styles could affect the exact outcome. If you bet on fighter A to win by decision you are on edge hoping he will punch the other guy but not too hard!

An example of this bet type is betting if the fight will go over or under 9.5 rounds. The .5 does not refer to the halfway point of the round. For example, if the fight ends any time in the 7th round then it has gone 7 rounds for the purpose of this bet, so over 6.5 rounds and under 7.5 rounds.

The .5 is there to avoid a push. For example if we had betting on over/under 8 rounds and then the fight went for exactly 8 rounds, all bets would be refunded.

Boxing is well suited to live betting because every break between rounds is a perfect opportunity to consider the odds and make a bet.

Often the odds swing too far in favor of whichever fighter had momentum at the end of the last round. This can be a good chance to find value by being contrarian and betting on the other fighter because the momentum often resets or reverses after the change of rounds.

Never fight ugly people – they have nothing to lose.
~Wayne Kelly

Everyone has a plan until they get punched in the mouth.
~Mike Tyson

Boxing should probably be banned. But until then, I’m a big fan.
~Sam Simon

The referee is the most important man in the ring besides the two fighters.
~George Foreman

A computer once beat me at chess, but it was no match for me at kick boxing.
~Emo Philips

Sure, there have been injuries and deaths in boxing – but none of them serious.
~Alan Minter

If you screw things up in tennis, it’s 15-love. If you screw up in boxing, it’s your ass.
~Randall Cobb

Boxing is like a ballet – except there’s no music, no choreography, and the dancers hit each other.
~Jack Handy

Boxers, like prostitutes, are in the business of ruining their bodies for the pleasure of strangers.
~Wayne Kelly

In life and in a boxing ring, the defeat is not declared when you fall down. It is declared only when you refuse to get up.
~Manoj Arora, Dream On

When we started, it was based on lies. It’s changing now. There are no secrets in the business. You’ve got to come with the truth. It’s becoming very confusing.
~Don King

The whole thing of ring fighting was hurting somebody else, deliberately, and particularly when it was not necessary. Two men who have nothing against each other get in a ring and try to hurt each other, to provide vicarious fear for people with less guts than themselves. And to cover it up they called it sports and gambled on it.
~James Jones, From Here to Eternity