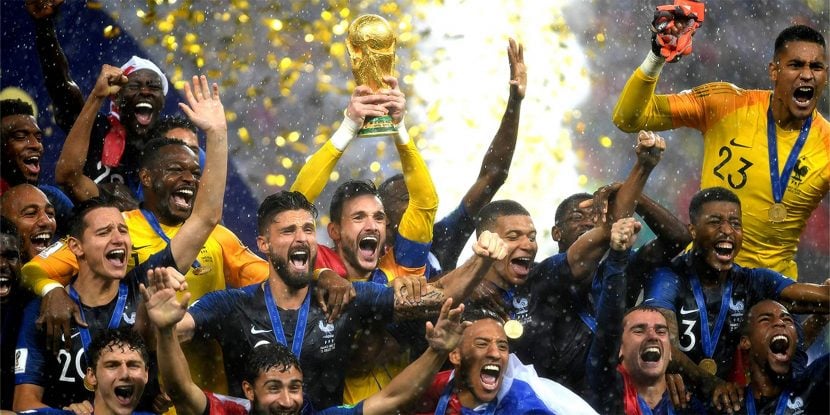 The 2018 FIFA World Cup was one of the tournament’s most exciting editions, with numerous underdogs claiming victories. We analyse the profitability of placing bets on the different options within the 1×2 market.

Which bets won most frequently?

Based on previous World Cups it’s wise to expect the unexpected. But the question remains; how many of the 64 matches resulted in a win for the favorite, the underdog, or a draw?

Note that these are the results after normal time. Extra time and penalty shootouts are not included. The 64 matches played in the 2018 World Cup resulted in:

The FIFA World Cup drives significant turnover for sportsbooks and the growth is dramatic. A betting behavior analysis by FIFA and its service provider Sportradar revealed that $155 billion was bet on the 2018 FIFA World Cup worldwide.

But why was that? One reason is because Croatia were one of only 2 teams who made the final, which drew a massive $8.2 billion in betting turnover. But then why did Croatia matches get bet on more than France matches?

It’s not because people were betting on the underdog Croatia, it’s the opposite. One eyed fans of their opponents, which were some of the biggest betting markets in the world, were betting on their teams to beat Croatia, usually as the favorites, those opponents included.

What led the underdogs to win?

There were 3 own goals which ensured underdog victories:

There were also 3 matches where the underdogs scored a penalty which ensured their victory.

If you were to place a 1 mBTC bet on every single World Cup match on the favorite, draw and underdog you’d get the following results:

Your return on investment would thus be:

As such the underdog bets proved be the most profitable from the 1×2 bets.