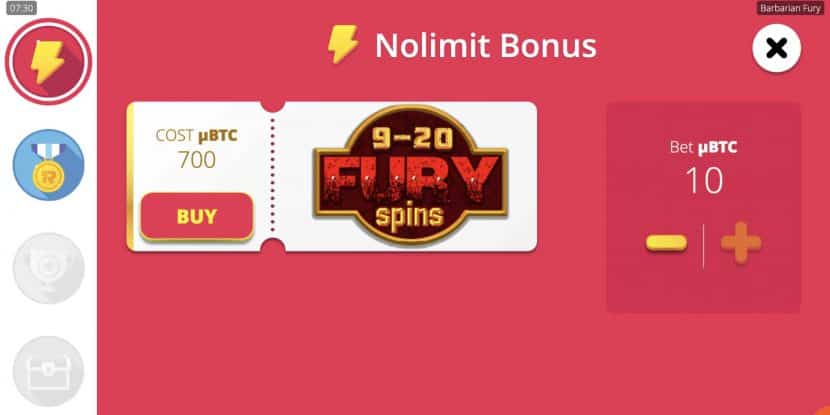 Slots come with all sorts of features, bonus rounds and designs, but only a handful give you a better chance of winning. The price of a buy bonus feature can be fairly high, but the rewards can be worth it.

What is the buy bonus feature?

Some slots come with a feature called buy bonus, and it’s a way for you to buy enough scatters to trigger the main bonus round, which is usually free spins. The other way to trigger the bonus round would be to play the base game, which isn’t necessarily the wisest option for your bankroll.

Click the buy bonus button and you’ll usually be taken to a menu that lets you adjust the value you’d like your free spins to be worth. This is akin to lowering or raising your bet per spin in the base game.

The higher the value, the more money it will cost you to buy the feature. Some buy bonus features will allow you to pick more conditions such as additional multipliers and more free spins, all of which will impact the cost to use this feature.

Once you’re happy and confirm the price and what you get in return, the money is debited from your account and the reels spin up, rewarding you with your chosen bonus mode. It’s essentially a shortcut to get to the free spins mode.

Why is this helpful?

All games have a statistic called return to player (RTP), and this figure is usually between 92% and 96% for most slots and is known as the total RTP. But, that doesn’t mean that the 92% RTP is distributed evenly in all game modes.

Game developers balance out the RTP when you use the buy bonus feature by charging you to use it. The fee is worked out as the average cost to trigger free spins in the base game.

Which games have a buy bonus feature?

That being said, not every single game from these game developers will have a buy bonus feature. It’s also worth noting that Kalamba Games has named the feature Hyper Bonus.

has all of these game providers, while and Cloudbet (review, bettors are geo-blocked) have a good deal of them, but not all.

That being said, and Cloudbet have game providers with a buy bonus feature that do not, such as:

Can I really make money with a buy bonus feature?

Anything that sounds too good to be true, usually is, and the same goes for the buy bonus feature. While you do play the bonus rounds with potential for larger wins than you do in the base game, you often pay through the nose to buy the feature. This in turn means that you need to win more in order to break even or turn a profit.

The price is created by the game developers based on the average win value at your selected bet size to ensure the RTP is the correct value. That being said, it’s often cheaper to use the buy bonus feature than it is to trigger free spins naturally.

The buy bonus feature in San Quentin from NoLimit City will cost you 2,000x your stake, if you opt for the max bonus. On the other hand, the standard Big Time Gaming buy bonus feature will run you between 50x and 100x your stake. Do remember that all slots will have a different price; it’s not one set price across the board.

Also, as with all slots, it’s all about luck. You could win nothing or you could win the max multiplier in the free spins that you buy. It’s all down to the luck of the draw. There’s no guarantee, no refunds and nothing you can do to alter the outcome of the buy bonus feature rounds.

The bonus round is where you want to be if you’re trying to score a big win. But that doesn’t mean you should be paying 2,000x your stake to get there. The chances of a win that big are pretty slim, but they do happen from time to time.

The buy bonus feature is best suited to players that have a larger appetite for risk. There is definitely a huge risk in using the feature, but the rewards can be worth it.